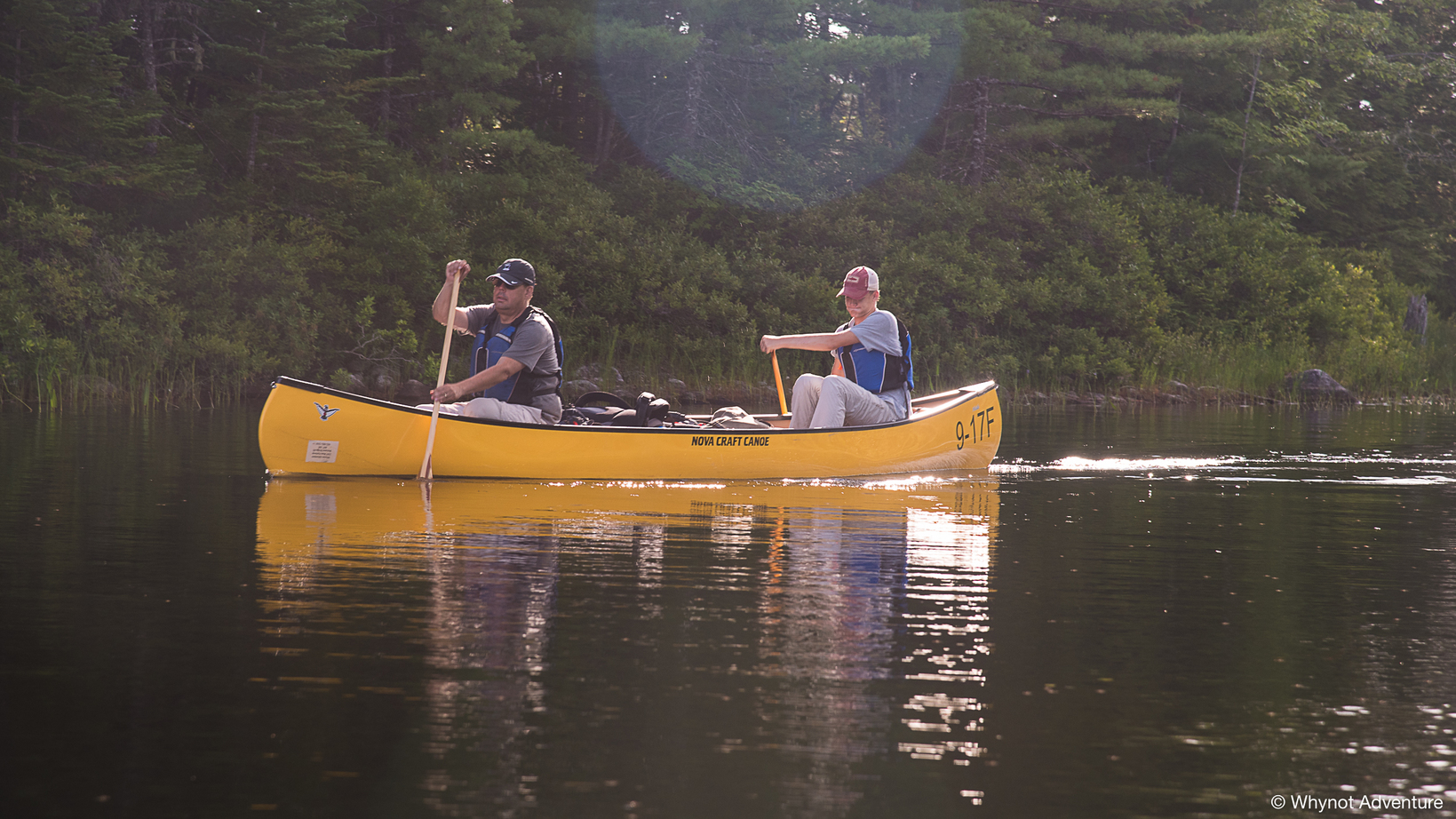 Going into this three day canoe trip, I did not know what to expect; this was my first time camping in the backcountry.  As my dad and I met our group and Cody, our guide, and ate our final meal before entering the wilderness, all I could think about was how we would be alone with only our canoes and the bags inside them, visiting primitive campsites where we would have to find things that we needed, like firewood.  But most of all, as a fifteen year-old “growing boy,” I was thinking about how hungry I would be when we returned.  I didn’t think that we would not be eating as much as we were used to.  I didn’t mind hiking, camping, or paddling for long stretches of time, but I was definitely concerned about getting enough to eat.  After getting into the canoes, we made our half-day journey of canoeing and portaging, or moving all our equipment from lake to lake, towards our campsite.  There, I figured out how wrong my thoughts about this trip really were.

The first thing that I realized when we pulled into the campsite was the firewood.  There wasn’t that much, but it was there.  I sort of saw it coming, though, for we didn’t bring any big logs to burn.  The next thing I noticed was that we had a wooden table to eat on and a small grill that one would see at a park where people have picnics.  In addition, we had an outhouse that was great considering that we were half a day from civilization.  All in all, I thought that the campsites would be a lot more primitive.

We sat down for dinner, which was a pasta dish, and all of us were very surprised about how good it tasted.  I was more surprised when Cody asked if anybody wanted seconds.  I did not think those words would be said together during our trip!  With my concern of not eating much having been falsified, all of my worries about this trip were already gone.

Despite all these things at the campsite, we very much lived in the wilderness.  The things that I mentioned were the only things other than a flat surface to lay tents on. Also, we were at least a half day of paddling away from civilization once we reached the first campsite.  It’s very quiet out there, also.  Once we were in the backcountry, we only saw 1 or 2 other boats a day.

The whole trip helped me learn more about everyone in the group.  Being alone in the wilderness forces you to talk about yourself and listen to others doing the same. For example, our first night, I noticed some bugs that trout might eat flying around a lantern.  As a new fly-fisherman who wanted to know more about trout in the area, I asked if Cody knew of any bug hatches.  He didn’t, but he did tell me that he was starting to fly fish, too!  This gave us something to talk about for the entire trip, and we both learned things about the sport from one another during these conversations.

All in all, I would highly recommend this trip for anybody wanting to get away from the crowds.  It was very fun, and even though we did have some things that would make one feel like they aren’t really camping, we all felt like away from it all in the wilderness, at least for three days.