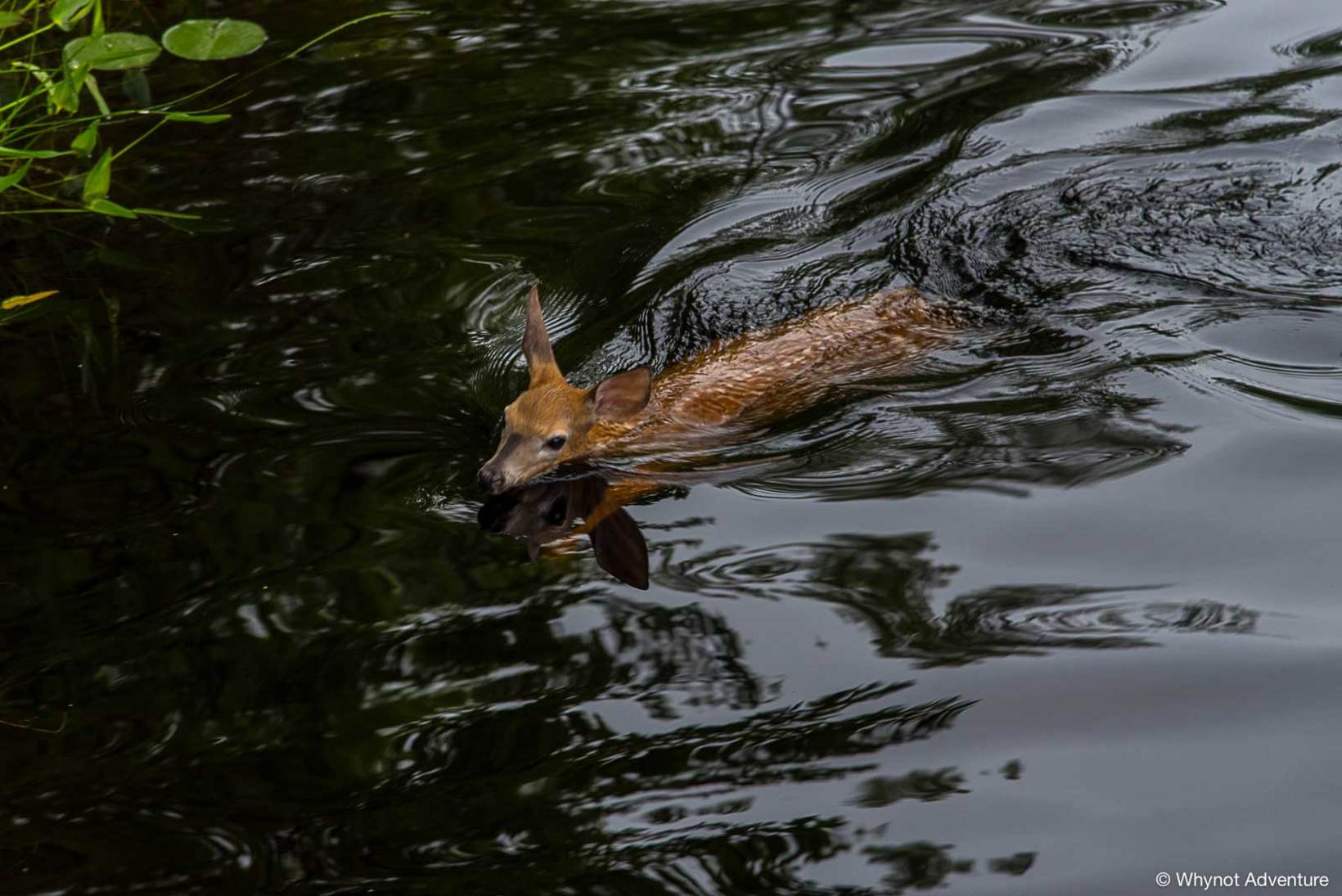 Kejimkujik is the only national heritage location in Canada with a dual designation of National Park and National Historic Site, acknowledging the area’s rich Mi’kmaw heritage and natural wilderness beauty.  Whats more, the Park rests within and provides entry to the UNESCO Southwest Nova Biosphere Reserve.

Kejimkujik, known to the locals as Keji (pronounced 'Ked-gee'), is poised as one of Canada’s premier camping and paddling destinations. The Park has a main ‘front-country’ camping area called Jeremy’s Bay Campground, which has three distinct loops of campsites. The three loops are Meadows Loop, Slapfoot Loop and Jim Charles Loop (not to be confused with the Jim Charles group sites located in another area– known as Jim Charles Point…). Many of the front country sites are equipped to accommodate power and water hook-ups. There is only one shower building, but it is huge. It's located near the Friends of Keji Tuck Shop and the soccer field. There are centralized washroom buildings distributed throughout the camping loops, as well as many potable water taps. The Campground Host is always found directly across from the Meadows Beach.

Kejimkujik Lake has dark water (which we call Keji Tea) which has been stained from the tannins leeching from decomposing leaves in nearby marshes and bogs. This is totally natural and creates remarkably warm swimming conditions through better absorption of the sun’s heat. There are four beaches where you can enjoy swimming. Kedge Beach, at Jim Charles Point, is a popular destination, and often is host to volleyball nets. Meadow Beach boasts shallow warm waters and boat racks for your canoes and kayaks. Slapfood Beach is home to some of the best sand and is more secluded than the other beaches. Merrymakedge Beach, located near the canteen is the largest, and has a dog friendly area!

If you’re travelling in an RV or a camper, there is a sewage station just prior to the Jeremy’s Bay Campground where you can relieve your sewage tank.

More information on Kejimkujik NP & NHS can be found on the Parks Canada website.